A couple of recent book releases that may be helpful for LLM students: 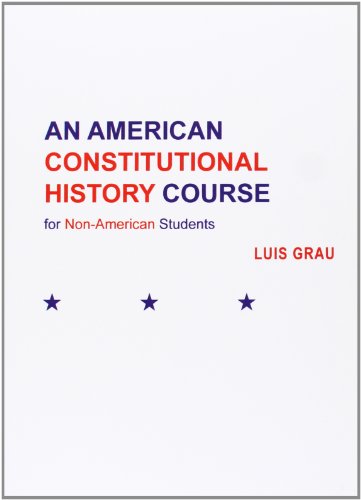 Stanford’s Center on Democracy, Development and the Rule of Law (CDDRL) and Program on Liberation Technology are creating a database of constitutions searchable by subject. They are working on building a taxonomy and tagging individual articles and sections from foreign constitutions. When the database is finished, it should nicely complement  Hein’s Constitutions of the World Illustrated and Richmond’s Constitution Finder.

If you are in the bay area this weekend and wish to support this project, CDDRL is organizing an International Constitution Day volunteer session on Saturday, November 12th at Stanford.

The English language site of the Constitutional Court of South Korea provides links to supreme and constitutional courts of individual countries arranged by continent.

There are also links to a few selected international tribunals and five Korean government Web sites that provide resources in English, including the Ministry of Government Legislation (Korea Law in English)

“This bibliography is divided into eight sections.

1.References. Guides other than academic or research articles that provide broad background information

4.Islamic Law, In General. Articles focusing upon Sunni jurisprudence in both international and domestic areas of law

5.Islamic Law in Afghanistan. Articles focusing on Islamic law as applied in Afghanistan, to include functioning of courts of Sharia

The Use of Foreign Decision by Constitutional Courts – A Comparative Analysis

This paper aims at analyzing the way some constitutional courts are using foreign decisions in constitutional interpretation and tries to demonstrate that comparative constitutional reasoning tends every day more vigorously to universality.

Times of London has published its law student winning essay on the new UK Supreme Court and British constitutional law.

Excerpts from the article:

H.W.R Wade, in his 1955 article The Basis of Legal Sovereignty, stated that Parliamentary sovereignty based its legitimacy upon political fact and could be changed only by revolution. In his 1996 article Sovereignty — Revolution or Evolution? he argued that such a revolution, albeit a quiet one, had indeed taken place.

In recent years judges have been increasingly assertive in recognising the possibility that there may be times when it is valid for the courts to challenge Parliament. In the 2005 fox hunting case, Jackson v Attorney-General, Lord Steyn referred to the possibility of “constitutional fundamentals”, which even a sovereign parliament could not abolish.

Seen in this light, the opening of the Supreme Court is a symbolic recognition that the framework of constitutional and political debate has already shifted to a considerable extent. There is little doubt that the new name and location will have an effect on the role of the newly appointed judges, it would be extraordinary if it did not.

But the tools they use to fulfil their role, and potentially exercise judicial authority more assertively, have existed for some years. The pleasing new symmetry of Parliament Square has been referenced by a number of commentators; justice on the one side, government on the other and Westminster Abbey facing both. This new layout can also be seen as symbolic of an evolving legal order best described by Dawn Oliver; where Parliament is “no longer at the apex of a simple hierarchy of simple legal norms” but at the centre of a web of developing relationships between different laws and rules from various sources.

NYU School of Law’s Center for Human Rights and Global Justice has released the following report:

From the report’s conclusion:

Ending centuries of caste-based discrimination and ensuring Dalit rights in both public and private spheres must be a central feature of Nepal’s long awaited social, political, and economic transformation.

The new Constitution will serve as the basis for the development and enforcement of legislative, administrative, budgetary, judicial, and educational measures that are necessary to secure this transformation. The drafting of the new Constitution presents the Constituent Assembly with the profound opportunity to demonstrate Nepal’s commitment to human rights and to affirm the inherent dignity of all individuals. Many of the Thematic Committees’ proposals for the new Constitution take significant steps toward meeting these goals. However, as noted throughout this Statement and the accompanying Chart, in order for Nepal to meet its human rights obligations, certain revisions to the proposals are needed. In addition, rights that are not currently reflected in the proposals must be included and guaranteed. CHRGJ strongly encourages members of the Constituent Assembly to consider these recommendations as they deliberate on and draft the new Constitution.

Six years ago, African Heads of State and Government came up with a jointly crafted and broadly supported agenda for advancing the basic values of democracy and good governance which together constitute the key requirements for the sustainable economic growth and development of their countries. The continental agenda, designated as the ‘African Peer Review Mechanism (APRM)’, has grown from strength to strength.

This Report candidly elucidates the challenges Nigeria faces, including managing its diversity in nation-building, reducing the country’s over-dependence on oil and providing public services to its 140 million inhabitants. The Report also recognises the sound initiatives that have been taken with a view to addressing these challenges. Notably, the Federal Character principle and the Council of State initiative, which are enshrined in the country’s constitution, are already yielding tangible results in nation-building. Nigeria has also made commendable efforts in tackling corruption through the establishment of institutions such as the Economic and Financial Crime Commission (EFCC). The Report has highlighted the remarkable leadership shown by President Yar’Adua in not only adhering to the constitutional requirements to declare his assets and liabilities before the Code of Conduct Bureau, but also going beyond the call of duty and making his declaration public. It is hoped that this example will be emulated at all levels of the public service and among ordinary citizens, for the betterment of the country.

We are convinced that the APRM will play a significant role in promoting courageous reforms that are needed to bring about changes in the political and economic environments of our countries, and in the living conditions of our populations. It is gratifying to note that, to date, 29 members of the African Union are currently participating in the APRM.

Bolivian voters approved a new constitution in a national referendum on Sunday, January 25. This constitution should be of interest to students of Latin American law, indigenous rights, minority language rights, and sustainable development law.

Full-text (Spanish)  of the new Constitution can be found here: